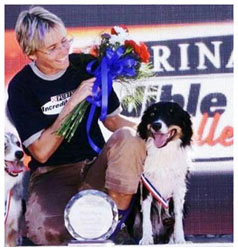 "When Pickle the Pirate (so named because he only has one eye) came up lame at an agility trial this year I was devastated. We were embarking on our goal to make the IFCS World Team and although they allow one eyed dogs they do not allow three legged dogs. After many trips to the vet with x-rays, bone scans and MRI's we were referred to CARE. The staff ...Read More >> 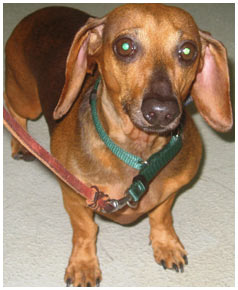 "The worst day of my life was 3/20/08 when my miniature dachshund, Tinkerbell sustained a T12-13 disc rupture and became paralyzed. She was treated surgically and recovered well but still had residual functional defeats. Sure, she is a very accomplished and fierce competitor in the obedience show ring; I wanted her to have every opportunity for maximum ...Read More >> 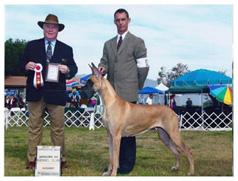 "I am completely satisfied with the care and rehab Shelby has received. She exceeded all expectations I thought she would have in such a short time. Shelby is now ready to go back into the show ring and start winning. All thanks to CARE." M.L. Recent Update about Shelby: Wanted to say Thank You for all your support and rehab care for Shelby ...Read More >> 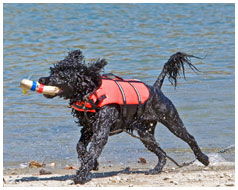 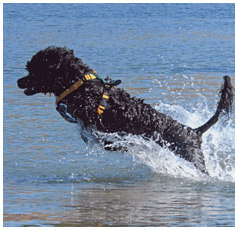 "We really appreciate the knowledge and friendliness of the staff at CARE. Dr. Waldman seems to have made an excellent diagnosis and therapy ...Read More >> 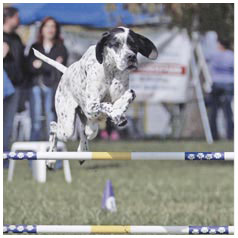 Our 10 year old English pointer, Reggie, was always a true athlete. He holds titles for AKC competitions in hunting, agility, rally, and obedience. However, once morning he was very weak in his rear and was dragging in a back foot. Examination by our family veterinarian found no injury that would account for the problem. We were referred by Dr. Waldman ...Read More >> 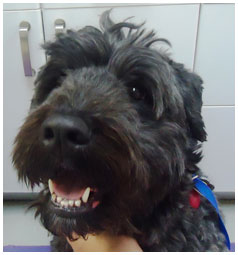 After being incorrectly diagnosed by two orthopedic specialists for a cruciate ligament tear we went to “CARE” for a 2nd opinion. Dr. Waldman correctly diagnosed Qika’s injury to her ankle and enrolled her in an 8 week rehab program (2x a week). I was skeptical at first but soon after, our first treatments I saw the improvements in her leg ...Read More >> 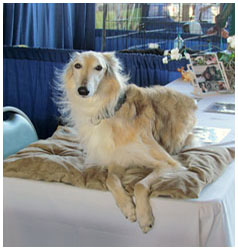